This week I was in Berlin for the Swarm Summit, where Ethereum’s Swarm team was all in one place to work together on the future of their web3 vision. It was an inspiring event, featuring progress on subjects such as fully decentralized database services, plausabile deniability and privacy in the decentralized web, secure anonymous messaging, apps such as the decentralized dropbox, and more.

I was there to focus on the decentralized live streaming infrastructure, and am proud to have the opportunity to collaborate with the Ethereum/Swarm folks to make sure that we bring live options to users and developers as they’re building out apps that put control in the hands of users. I also had the opportunity to present Livepeer at the Ethereum Berlin meetup to a packed house of 150+ men and women. 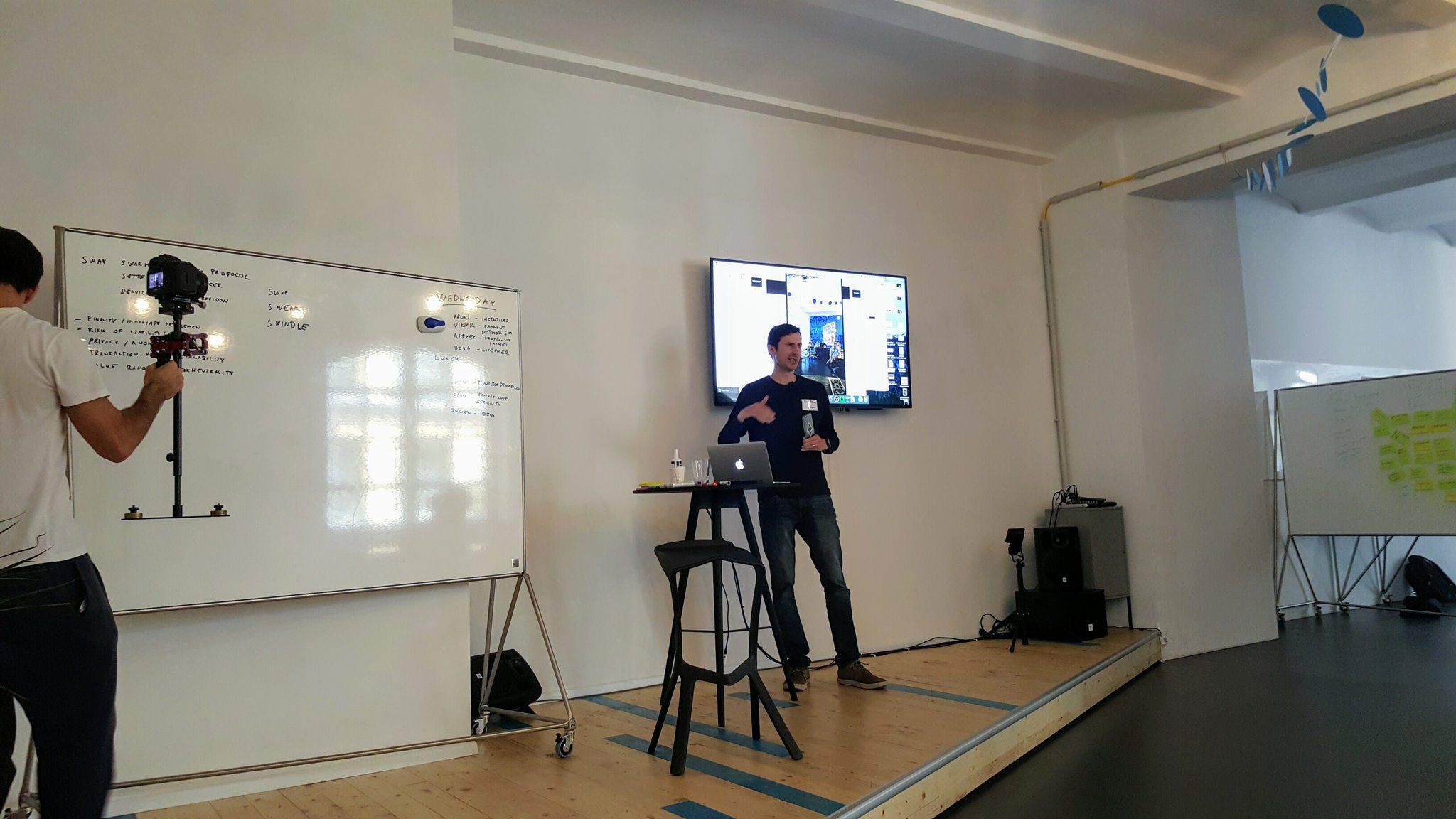 Protocol
Back in NYC, work also continued on our on-chain protocol, as we push towards a testnet and eventual launch. This week focused on the submission of jobs on chain, and assignment of proper transcoder based upon market pricing.

Progress on the protocol is moving quickly thanks to our newest team member, who will be doing a proper introduction shortly.

P2P Streaming
Those who have tried to install and stream through our Livepeer proof of concept node know that performance and reliability certainly isn’t yet where it needs to be. (By the way, updated instructions for installing a node in the cloud and broadcasting are now available). As mentioned before we’re working on implementing a new p2p streaming protocol to improve reliability and performance, and work is now underway on the PPSPP implementation. We’ll open source that repo in progress as soon as we hit a proper testable milestone.

Unsurprisingly, this week’s update was largely technical, and they will continue to be in the next couple weeks/months as we’re heads down building. If you’re interested in contributing to a decentralized live streaming platform on the technical front, join our chat room on gitter, and you can start by helping out with documentation, filing and picking up issues, and diving in deeper from there. All help appreciated!